Why Storytelling is an Effective Marketing Tool

One of my favorite Seinfeld episodes is the one where Jerry and George are trying to come up with an idea to pitch to NBC for a sitcom.

Jerry insists the show has to be about something, otherwise no one would watch it. But George says it should be a show about nothing.

And if you’ve ever watched an episode of Seinfeld, you know that’s exactly what it is: It’s a show about nothing.

It’s also one of the greatest TV Shows of all time, according to TV Guide.

Why am I telling you this?

Because a lot of people have told me they don’t have much luck with their email marketing. They want to grow their list and use it to drive more traffic to their business. But they keep getting hung up on what to put in their emails.

So they just don’t send anything.

I have a sneaking suspicion they’re waiting for something phenomenal to happen so they have something worthwhile to write about.

But how many phenomenal things are going to happen to you in a year?

Honestly, if I had to wait for something phenomenal to happen, I might only send out an email once every six months. And that’s probably being generous.

Your Life Is Pretty Amazing

Much like a Seinfeld episode, not much happens around here.

Except that plenty of stuff happens around here. And plenty of stuff has happened all throughout my life. Not “phenomenal” stuff, but stuff that I’m pretty sure would be helpful to other people. I know for a fact I’ve got a lot of stories that are pretty darn entertaining.

And as a human being living on this earth today, I know you have a never-ending supply of stories, too.

Why aren’t you sharing them?

If you’re like me, you might hesitate to share stories that shine a light on your shortcomings. After all, as a business owner, aren’t you supposed to look polished and professional?

I’ll tell you something else: The greatest lessons I’ve learned in life have come from failure—mine and the failures of others.

Stories Reveal Who You Are

I’ve also learned a lot from hearing other people’s stories.

Back in the mid-2000s, I took a job at a mental health magazine. The publisher had schizophrenia.

Back then, I knew very little about mental illness, and even less about schizophrenia. I wasn’t sure what to expect from my new boss, but he seemed like a nice enough guy with a good business that had been around for several years.

As it turns out, I learned more from that job than pretty much any other I’ve ever had. And it’s not because of the work I did as the editor-in-chief.

In the six years I spent there, I learned so much about mental illness just from hearing the stories of people living with it—my employer, included.

I gained a deeper understanding about mental health issues. I felt empathy for people dealing with a mental illness, and even grew insight into my own mental health.

To this day, mental illness is still one of my favorite topics to write about. There’s far too much stigma surrounding something that affects an awful lot of people.

So, what’s my point?

Your stories matter. The ones you think no one cares about because they aren’t “phenomenal”—there’s a lesson in them for other people.

My boss would tell me all kinds of stories about his life before being diagnosed with schizophrenia. He’d tell me what it was like when he was in psychosis or share anecdotes about his recovery. To hear him tell it, you’d think it was nothing. No big deal.

Because to him, it wasn’t. It was just his life.

To me, though, those stories were fascinating. They told me a lot about the person he was and the person he became. And so many of his stories have stuck with me over the years. I often think back to things he’s said and they inspire me in my own life.

Your Stories are Important

Just as my former boss’ stories continue to inspire me, your stories can inspire others. They can teach others. And maybe even more importantly, they offer a glimpse into who you are.

Sure, it’s great when you can tell everyone about a big win, but I also find it beneficial to hear how someone failed at something. If it saves me from making the same mistakes, bring it on.

There’s also value in simply telling a story that shows your human side. You might not think sharing a story about the volunteer work you do for your church means much to anyone, but to a client who values working with faith-based business owners, you’ve just set yourself apart.

You wouldn’t believe the hidden gems lurking in your stories. And telling stories is the Number 1 way to make a connection with other people. They unite you by revealing your values, your history, and your experience.

What seems ordinary to you might be extraordinary to someone else, so don’t dismiss your stories about “nothing” so quickly.

Hey, it worked for Seinfeld.

Improve Your SEO With These 10 Tips

If you’ve recently launched a new business and a website to go with it, you’re probably itching to figure out ways to drive traffic to it. After all, a website isn’t much use to you or your business if no one ever visits it. It’s true that the search engine algorithms... 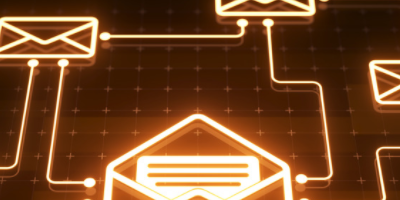 You may have heard rumors that email is on its way out. But make no mistake about it: email is still king when it comes to business communications—especially direct-to-consumer marketing. Sure, text and group channel communications like Slack have made significant... 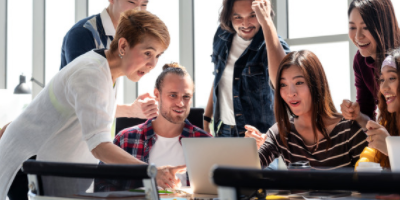 5 Simple Ways to Skyrocket Your Engagement Rates on Social Media

I know you’re always looking for new and creative ways to encourage engagement on your social media posts. So am I. I’m not immune to the fact it can be painfully difficult to get people to leave a comment or share your content. There are the tried-and-true strategies...